Viareggio
A fifth gen, in-bred, pure-bred Dalmatian bred by me.
His dark red eyes are one of my favourite colours for Petz eyes.

Trick
Adopted through RKC from Valerie @ OAK.
Trick is a 2nd gen Calico/B+W Shorthair mixie that I fell in love with, mostly because of his eyes. 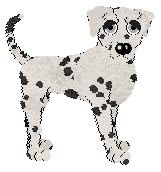 Tyrion
A second gen pure-bred Dali bred by me.
This guy has a special place in my heart... His unique combo of selfie ears, pale gray eyes and extra spottiness captured my heart as soon as his picture popped up on my screen for the first time. I named him after one of my favourite literary characters. 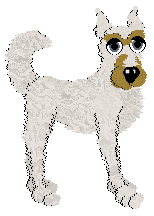 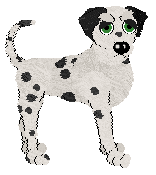 Napoli
A 5th gen, in-bred, pure-bred Dali bred by me.
Napoli's eyes are absolutely to die for, I want all of his puppies to have them! 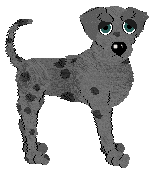 Nayru
A 4th gen, in-bred, pure-bred Dalmatian bred by me.
Named after one of the goddesses from the Legend of Zelda series, Nayru blessed me with the dark teal eyes I have wanted since I first saw them on Khorona Dalis many moons ago.... (site is sadly no longer around)

Phee
Adopted from Kel @ Middle Night.
Phee is so gorgeous! She reminds me of Halloween with her colouring. 186'th gen mixie. 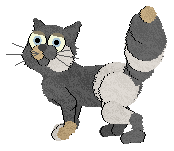 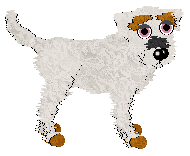 Scout
Show Name: JAX/Artemis' I'll Go On Ahead
Adopted from Jax @ Atticus
348'th gen lab mixie I fell in love with at Atticus Petz: can never have enough pink eyes in the family!

Tiramisu
A 329'th gen mini kitty, adopted from Alena @ Moonflower Petz.
I can't even. She is the most adorable little thing ever and I love her to pieces! 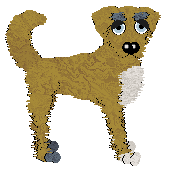 Tess
Show Name: Artemis' Tennessee Summer
316'th gen Dali mixie, adopted through RKC from Lollipop.
Adopted along with her litter mates Arctic & Cleo, she may be bound for the show ring! 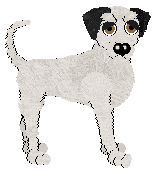 Clarity
A 6th gen, in-bred, pure-bred Dalmatian bred by me.
She. Is. SPOTLESS!! Clarity here is my first ever home-bred spotless Dali. I squeeee'd when she came out!

Cleo
329th gen mixie, adopted through RKC from Lollipop.
I never used to be a fan of smooth coats, now I can't get enough of them! Love Cleo's tiny lil tail spot :) 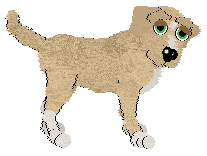 Clover
Show Name: Alena's/Artemis' Field of Green
286th gen Lab mixie, adopted from Alena @ Moonflower Petz.
This girl has the perfect spring green eyes, and I think she is absolutely gorgeous. She is one of the very first petz I adopted since coming back to the PC. 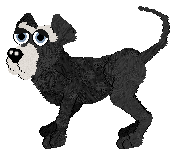 Dakota
287th gen Dane mixie, adopted from Jax @ Atticus.
Such a personality on this one! I love his big floppy ears :) 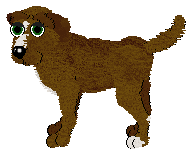 Eva
353rd gen Lab mixie, adopted from Kristina @ NEKOmmunication.
I have to say, I think I may be developing a thing for Labs.... I feel a breeding project coming on! 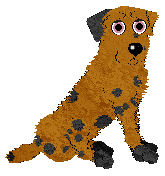 Fig
315th gen Lab mixie, adopted from Kel @ Middle Night.
Fig is Falcon's brother, and together the pair of them have brought so much energy and playfulness into my crew :)

Link
4th gen, in-bred, pure-bred Dali bred by me.
Named after a character in a green suit that helped define my childhood, Link was a complete surprise when he came out with only 7 spots!

Hovel
192nd gen mixie, adopted from Alena @ Moonflower Petz.
I fell so completely in love with this guy as soon as I saw him: I have a weakness for icy blue eyes + white coats.... 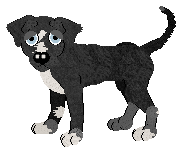 Arctic
302nd gen Dali mixie, adopted through RKC from Lollipop.
I snatched this guy, along with his sisters Cleo & Tess, off of the RKC forum: couldn't believe no one had snapped him up!! 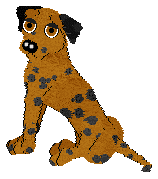 Brindisi
5th gen, in-bred, pure-bred Dalmatian bred by me.
Brin was the puppy that gave me my ultimate goal for my pure-bred Dali project: get a dog of every colour where their eyes match their coat! 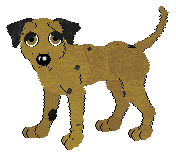 Bari
5th gen, in-bred, pure-bred Dali bred by me.
Bari is a treasure for 2 main reasons: she contributes towards my goal of owning a coat/eye color matching Dali in every colour, AND she was the first gold Dali I ever bred! Only took 5 generations to get her.... sheesh.

Belle
235th gen Dali mixie, adopted from Kel @ Middle Night.
Found Belle hanging out on the singles adoption page over at Middle Night and fell in love! She's so pretty with her smooth coat and her patches ^.^

Bella
3rd gen, non-inbred mixie adopted through RKC from Valerie @ OAK.
This girl's eyes absolutely stunned me when I first saw her! Love how well they go with her colouring, really looking forward to showing her! 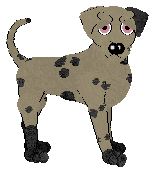 Bind
Show Name: MN/Renniseht's Onyx's Signature Move
370th gen Dali mixie, adopted from Kel @ Middle Night.
Bind is just..... I love her. So much. She is perfect, right down to her adorable black socks. I sincerely hope to make her a champion show dog. 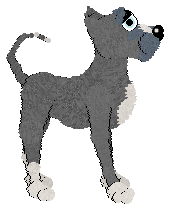 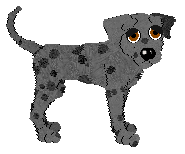 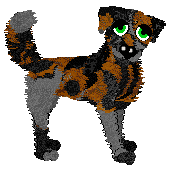 Stellar
Show Name: Cel/Artemis' Interstellar Expedition
Halloween 2014-themed Dalmatian hexie, made with custom eye color for me by Cel from TPA.
O.M.G. I adore this dog!! He is so gorgeous, I can't stop taking pictures of him! I am so thrilled I had the pleasure of getting one of these dogs from Cel, and I look forward to giving him a long and illustrious show career :)

Tanner
279th gen Dali mixie, adopted from Alena @ Moonflower Petz.
Tanner is a handsome devil, with his smooth coat and pink eyes :) I'm a sucker for those black socks, it would seem...

Harvest
404th gen Dali mixie, adopted through RKC Forum from Farlee
Having looked at this girl's pedigree on LNZPro, I cannot for the life of me figure out how she ended up with such stellar colouring! She has at least a little of all 10 original P4 breeds: no idea where all her beautiful features come from! 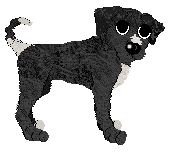 Narsil
Show Name: DS/Renniseht's The Crownless Again Shall Be King
352nd gen Dali mix, adopted from Deep Shadows
O.M.G. This dog. I love him so much! He is so handsome I can't even get over it sometimes, and he poses like a master :) I look forward to breeding some gorgeous puppies from him soon <3

Storm
352nd gen Dali mix, adopted from Deep Shadows
Storm is just as gorgeous as his litter mate Narsil! So... many... Dalis.... Cannot get enough of them! And that shortie tail.... squeeeeee! 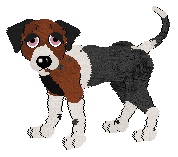 Elle
377th gen Dali mixie, adopted through RKC Forum from Farlee
Once again, I am dumbfounded by gorgeous colouring! She reminds me of a real-life dog, but I can't recall which breed....
Lacey      -      Dexter      -      Oscar      -      Zinnea
﻿﻿﻿﻿This lovely group was graciously bred for me by Lady Weeny, as part of a breeding service she did over at RKC Forum. They are all 2nd generation Dalmatian & Dachshund mixes! Oscar is a mini! Zinnia would have to be my favorite of the bunch, love that teeny-weeny tail tip!﻿﻿ 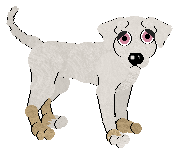 Snooze
340th gen smooth Dali mixie, adopted from Becca at Sungraze Peak
So I am officially going to announce that I have a thing for smooth coated Dalis...... cannot get enough of them!! Snooze caught my eye on the Singles page over at Sungraze, and I just had to take her home! 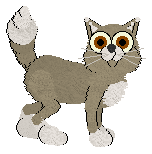 Chip
250th gen Oshi mixie, adopted from Heather at HKC
My first ever Oshi kitty! Chip has the biggest eyes and they are just too much sometimes :)

Azlon
234th gen mixie adopted from Becca at Sungraze Peak
This boy has attitude! He poses quick, but makes sure that I know he's not enjoying it! He is adorable, can't wait to find him a mate and get even more adorable kittens! 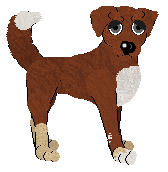 Charlie
351st gen Dali mixie, adopted from Deep Shadows
I adore Charlie's tail!! He was the cutest puppy and he is so handsome as an adult, love the big tail/smooth coat combo!
Lucern     -     Lissianna     -     Lothaire     -     Lucas
Lamia     -     Lachlain     -     Luna     -     Lorenzo
Lavender     -     Lithia
All are 364th generation Lab mixies, bred for me by the fantastic Kika through her breeding service on the RKC Forum! Kika bred two of her beautiful labs (Lola & Jordan) together to get this litter for me, and I couldn't resist snapping them all up from her! Luna and Lavender are my absolute favourites out of the bunch, but they are all gorgeous! I was beyond pleased when I was told I could take as many of them home as I wanted!
Proudly powered by Weebly